Join the Tuesday Tribute fun over at Angie’s 7 Clown Circus!

My Tuesday Tribute is dedicated to my little sister who is…ahem…42 years old today! Yes, Oooo, I just plastered your old age all over my blog!

We’ve been the best of friends since she was born….(well, I actually kinda’ thought she was gross, but she grew on me when I figured out I could mind control her….)

She’s always there for me rain or shine…. 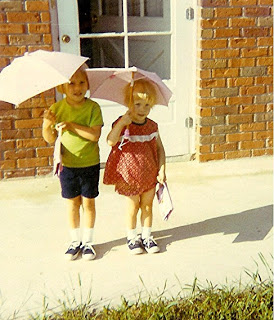 She always makes goofy faces and poses in every family photo…that still hasn’t changed…it’s even been genetically passed down to her son….I would love to post one or a dozen, but she has threatened to kill me…Since she used to pin me to the ground and spit on me, just use your imagination here to visualize goofy photos of her…please….for my safety….I’ve been spit free for several years now and would like to remain that way….

She used to beat the crap out of me, but I still love her even if she did play with the freaky Sunshine Family of hippies….and Snuffleupagus…..and even if I wanted to steal her Bionic Woman Doll…(and I got even when she lipped off to me while I was driving at age 16….she wouldn’t shut up so I busted her in the lip….then I ran like hell to hide when we got home! lol!) 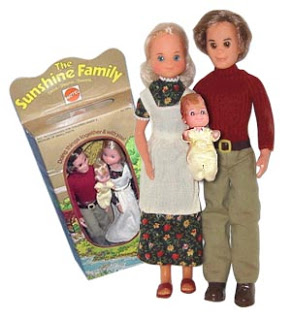 She always laughs at my stories and is the only person on the planet that understands how hilarious it is to me to hear the word “haboob”…..(here’s a photo of a haboob (pron. “ha-boob”) hitting Phoenix a few years ago….Yes, I have been in a haboob….it’s a huge wall of sand traveling very fast…think Scorpion King…)

She hates the words “breath” and “moles”….yeah, Oooo, I thought you’d like that…consider it a special birthday gift….Here….enjoy…..

She’s a fabulous Aunt and the best sister in the Universe! We miss you, Aunt Oooo and wish we could celebrate your happy day with you!!!!! Tell Dad to make sure he screws up your red cake as a special treat from me…..

p.s. the hotness in the title refers to the flames ignited by the huge number of candles on the old hag’s cake…I can feel them all the way from NY to AZ!

Join the Tuesday Tribute fun over at Angie’s 7 Clown Circus!

My Tuesday’s Tribute is dedicated to hugs.

Hugs mean so many things…hello, goodbye, congratulations….they are better than a bandaid when you’re hurt….they lift your spirits…they connect you with the human race….

I know this has been around the land of Blog for a while, but it really does speak volumes about the power of such a simple yet deeply meaningful gesture…the hug….It’s about 3 minutes, but it’s a touching, heartwarming, moving 3 minutes…. (thanks to Ann at Ann Again…and Again for sharing this a while back..it really touched me!)

Go rock your {{{HUG}}} power today! Spread the hug love all over the place!

My Tuesday Tribute is dedicated to…and you may have already guessed this…the GEEK Squad!

Oops! I just had a geekasm! My precious laptop has returned home! Hooray! Let the confetti rain down on my geek parade!

It was exactly one week ago today that my laptop suffered a mind-swipe due to what seemed to be a power surge, but what I believe was a really well disguised alien abduction.

Once the dust cleared and I realized something horrible had happened, I raced precious to Best Buy General Hospital. While driving at ambulance level rates of speed, I prayed for a sign that all would be well. For Heaven’s sake, I had just launched a monster size giveaway on Monday! Upon arriving at the “hospital”, a man nearly knocked me down trying to get into the store ahead of me. I almost tried to trip him until I noticed the back of his shirt. It read “I’m Always Here to Lend a Helping Hand.” Whoa! Nice work, Jesus! That’s a pretty clear sign!

I get to the Intensive Care Unit at the Geek Squad where the Geek Docs are waiting to help. (I was sad to see all the other laptops all lined up on life support on the counter.) I knew what their families were feeling.

The names of the two FANTASTIC Geek Docs that assisted me were Milt and George. That is a HUGE sign for me…here’s why…

My dad’s name is Milt and we have a close family friend named George. Dad and George always work well together and can fix just about anything they work on. I knew immediately that God was letting me know all was not lost! I left my trusty laptop with these fellows and hoped for the best.

On Saturday, I checked in on my precious. A very helpful Geekster named Tom listened patiently to my blathering on about this and that. He offered up comforting words and reassurances that they were doing everything they could to save my precious. He’s a great guy, that Tom!

Yesterday morning, I called for an update and another kind Geekster named Omar said it was time for my laptop to come home. However, she had amnesia and there was no way to restore her memory. She had become a vegetable. I will no longer be able to stroll down memory lane with her and look at photos or listen to my iTunes downloads…sniffle..sniffle…(For the record, I’m stickin’ with the alien mindswipe theory…;)

So this tribute is for you, Geek Squad at the Best Buy on Calle Santa Cruz in Tucson, AZ! You guys are rockin’ GeekStars! Your customer service was top quality! You all deserve a bonus! 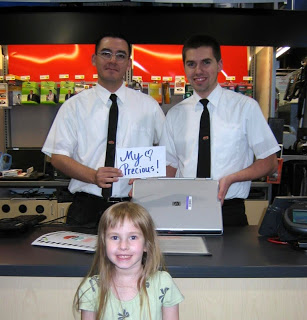 Here is precious with her doctors, Omar and Tom. (Cat’s Frankenbangs are growing out nicely, aren’t they?)

I’m sorry I wasn’t able to post the five extra prizes yesterday. I spent the entire day out and about trying to gather the things needed for my precious laptop’s continued recovery. It also took several hours to get it loaded into the computer. I’m still not done! I hope to be fully functional by this evening.

Here are four of the five (maybe more!) prizes being added to the MONSTER giveaway!
I will add the others later today (if I can get some time on the parent’s computer if my precious is still not fully up.) Can I just say…they are flippin’ awesome?! 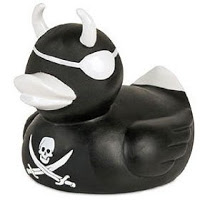 Mug reads “For what do we live, but to make sport for our
our neighbors, and laugh at them in our turn.” 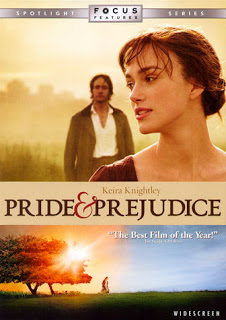 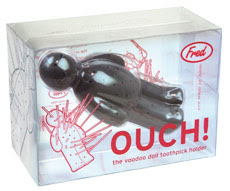 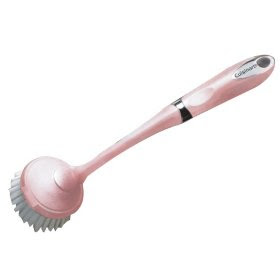 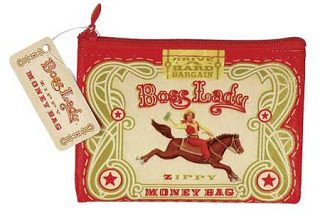 If you haven’t already entered the giveaway, go here.

If you’d like additional entries, go here and here.

Stay tuned for one more opportunity to enter in Thursday’s post!

And finally, THANK YOU for sticking with me, my dear friends in Blogland! I will be spending the next several days visiting my new friends, catching up with old friends and spreading the comment love like wild fire! I will also catch up on all of my email…(let’s just say it’s in the triple digits! Crikey!)