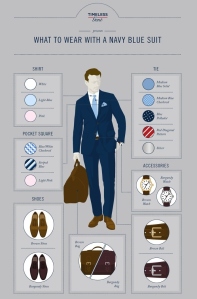 A few years ago, I wrote a story called “The Blue Suit“.  I received lots of email about that story especially from moms with young boys.  It connected with them as we were all learning to navigate the waters of helping our boys grow into fine young fellows.  At that time, my son, owner of said “Blue Suit”, was a Tween.  Tweens are fascinating creatures. They’re highly intelligent beings that will waste no time telling you how un-intelligent you are compared to them. The tween creature that lived in our house at that time had the market cornered on sarcasm (that clearly came from my contribution to his gene pool.) He was fascinated with his hair and was convinced that you adored his lovely locks as much as he did. (which definitely came from his father’s side of the genetic composition.)  He was the master and commander of his domain in a positive, happy way…however, he could not “command” the fairy (aka little sister who is now the reigning Tween in our house.)  She was a bit too ornery for him.

That tween is now a young adult man of 18.  Tonight we rented his last “prom” tuxedo.  As I watched him work with the tailor on a few minor alterations, I felt tiny tears pooling in my lashes.  He cut quite a dashing silhouette in his classic black slim fit Vera Wang tuxedo which was noticed by several shop customers.  While he continued on with his alterations, my memories drifted back to a few months ago.  At that time I was preparing his blue suit for the Winter Formal.  When did my wee boy become a fancy suit wearing young man?  Well, I can tell you with perfect clarity exactly when that happened.  He was five years old.  That was the exact age when my son discovered that there is nothing in this world that says “success” (or in his mind, “I look like a million bucks”) like a nicely tailored suit.

I will never forget the day of that discovery.  Connor had ridden along with me to drop off donations at our local thrift shop.  Because he was five, he was not thrilled to be sharing this errand with me.  However, that all changed when we found the holy grail of apparel for him on our way out of the store.  This item caused my son to stop dead in his tracks and point straight ahead. A brilliant light shone down from the heavens, choirs of angels were singing…and there hanging on a special display was “the Blue Suit.” He walked with a strong purpose toward that suit, picked it off the rack and grunted, “must…have…this…suit…”  I checked the price tag…$8.00…okay, so it won’t break the bank. I notice it has pinstripes.  I have visions of my son wearing this suit attempting a gangster style holdup…”I’m Johnny Bag-of-Donuts. Give me all your candy and I won’t break your kneecaps.” Disturbing, I know, but this is how my mind works. “Why do you need a suit?” I asked, completely confounded.  “I just do, Mom!” he said with conviction.  How could I argue with such determination?  How could I say no to the kid who never asked me for anything ever?  I couldn’t, so off we went to the cashier.  (ahh, kids and their cuteness…gets me every time!)

Later that afternoon, I am folding laundry in the living room and notice my son dressed in his new blue suit standing on the landing in the stairwell. He is looking very suave and has a small “briefcase” in his hand. “Hello!” I greet him cheerfully. “How can I help you?” He smiles at me sweetly and says “My name is Rick.”  (hmmm…doppelganger maybe??)  He continues, “I am here to sell insurance.”   Well, he certainly has the smooth confidence of an insurance salesman. “What kind of insurance?” I ask completely intrigued. I mean, we’re covered on lots of levels, but this salesman sure is adorable, so why not add a little coverage here and there? “I am selling toy insurance. It’s $100,000 dollars per year.”  Whoa, nellie! What kind of toys does this kid think I have?

“Sure…um, I’m going to have to check with my husband about that,” I say as I slink backwards out of the room. “How about you come back later?” “No problem, ma’am! How does 6:00 sound?” (he is still smiling at me.) “Sounds great!” I manage a weak smile and continue my backwards exit towards the kitchen.

Fast forward to 6:00. I am in the kitchen making dinner. Suddenly, I look to my right and standing in the doorway with his fingers in the “I’ve gotta a gun” position is my son. Uh-oh….

“Hi Rick” I say remembering our scheduled “insurance” appointment.   “I’m not Rick”, he says seriously. I frown as confusion sets in.  “Oh, really? I was expecting Rick, this insurance guy about some toy insurance. Who might you be?” I ask feeling a little uneasy since he’s brought a “weapon” to this appointment.  “Bond…James Bond…” he says in a deep super spy voice.  I try to suppress a giggle. Did he really just tell me he was James Bond?  What a cutie pie!  (er, I mean super spy!)

“You have invisible bad guys here. Don’t worry, I can handle it,” he assures me in his best British accent. A wave of relief washes over me. “Thanks, Mr. Bond,” I gush. “I feel better knowing MI6 sent you over.” “No problem,” he says as he checks each room for danger. “Oh, can I have a glass of milk, ma’am?”

Aww…My heart is very full…chasing bad guys while drinking milk…how many spies can do that? “Sure, Mr. Bond. Do you prefer that shaken, not stirred?” “That’s cool” he smiles and nods. He takes the glass and off he goes to defend us from evil doers.  And it all started with a blue suit.

That blue suit got lots of playtime over the years as a business suit, more time as James Bond, and various other identities. It was the best $8.00 I could’ve spent at the time. When he finally outgrew it, I was sad to see it go. We put it out in one of our yard sales. I actually kept bringing back in the house several times, just not able to let it go. Finally, toward the end of the sale, I took it back out. A young boy and his mom came right over to it. The little boy’s eyes lit up just like Connor’s had and I knew the suit had found a new home. It’s kind of like Frosty the Snowman’s hat. “There must have been some magic in that old blue suit he found…”

Now he has found more magic in yet another blue suit.  This blue suit has been with him as he has accepted well deserved awards, done impressive presentations, fabulous photo shoots and of course, taken a lovely gal to a Winter Formal.

While much has changed over time, some things have remained consistent.  He still loves his hair and cannot comprehend the behavior of his baby sister aka Tween Queen of the Smith house.  Sarcasm is still intact.  He has grown into respectful, kind and very intelligent young man.  Most of all, he still loves a nice, well-made blue suit.

Back to the present with prom duties…Connor wraps things up with the tailor and it’s time to head home.  Suddenly, he stops because right in front of him on display is the newest look in tuxedos…a tux in the color of midnight blue.  For a moment, he turns to look at me, then gives it a nod and grins.  I hold my breath thinking that the power of the blue tuxedo may be calling.  Not to worry…he continues on to the exit.  I realize in that moment that my young “Rick, Bond, Bag-of-Donuts Blue Suit wearing boy has now entered the next chapter of his life.  He has grown into a handsome young man who prefers a classic black tuxedo for a very special night.  This mama is very proud.  Cheers (raises glass) to blue suits and tuxedos.  Long may they reign!

4 thoughts on “The Boy in Blue”